This is a sponsored conversation written by me on behalf of Audible. The opinions and text are all mine.

Audiobooks have been part of my routine back when they were on cassette tapes. My imagination loved having someone person read to me whenever I wanted. I graduated to listening on CDs when they became popular–no more rewinding! Now listening to an audiobook is as easy as opening the Audible app on my smartphone.

Audible is an audiobook lover’s candy store. In fact, my non-reader husband started reading more books once I introduced him to Audible. His favorite type of books are those read by celebrities or dramatizations of plays. To him, it’s a radio play of sorts. He’s also a big fan of audiobooks narrated by celebrities like James Franco, Jake Gyllenhaal, and Kate Winslet.

I put together this list of audiobooks with my husband in mind. He loves suspense and drama. 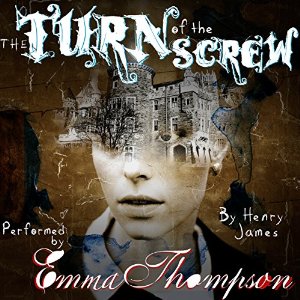 Turn of the Screw by Henry James. Narrated by Emma Thompson.

I could listen to Emma Thompson all day long. Wouldn’t you want her voice in your car or headphones as she reads a creepy novel to you? If you enjoy gothic ghost stories, then this classic for you! A governess hired to care for two young children in the countryside begin to sense something otherworldly. Are they ghosts or something more sinister?

Intrigued? You can download Turn of the Screw for free as part of your free 1-month Audible trial. 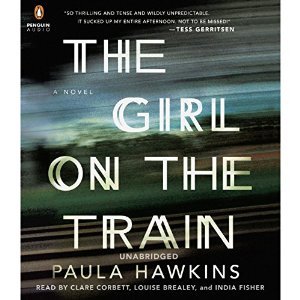 The Girl on the Train by Paula Hawkins. Narrated by Clare Corbett, Louise Brealey, and India Fisher.

I’m not sure what the audiobook equivalent of a page turner is, but I could not stop listening to this book. The same for my husband. He’d listen to it during his commute on the train (!) and we’d excited discuss it every night. Every day Rachel takes the same train to work. Everyday she watches the same couple drink coffee on their deck–until something changes. Rachel is convinced that something bad has happened to this couple. She decides to investigate on her own but becomes too intertwined. The 3 narrators is definitely what makes this book so exciting to listen to! Read my full review of The Girl on the Train audiobook. 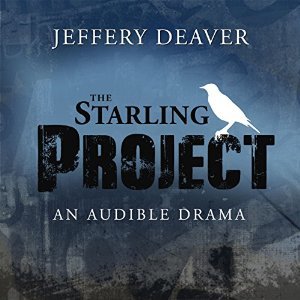 The Starling Project by Jeffery Deaver. Performed by Alfred Molina and cast.

This audiodrama produced by Audible Studios was a huge hit with my husband. War crimes investigator Harold must follow the clues to stop a mysterious mastermind. So far The Starling has aborted a raid targeting a major arms dealer; been involved in a bank standoff with a hostage; and even freed a former dictator from prison. Can Harold and his team stop them before his next move? 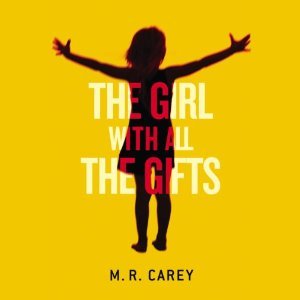 The Girl with All the Gifts by M.R. Carey. Narrated by Finty Williams

Fans of The Walking Dead will enjoy this book. The story of young Melanie isn’t as gory or graphic but you’ll be drawn to her right away. She doesn’t know it, but she has special gifts that make her different from all the other kids in her class. All the adults–except for her teacher–are afraid of her. They keep her locked up. Until one day, Melanie discovers there’s more to her world outside. Read my full review of The Girl with All the Gifts audiobook. 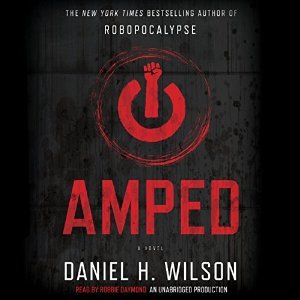 Imagine a near future where an implanted device can give you superhuman powers, making you “amplified.” Society becomes a place of amped and not amped. Fear of the amped humans means laws are passed that restrict their rights. The law forces Owen to go on the run and join up with a group of the most enhanced humans in the world. Together will they change the world or destroy it? 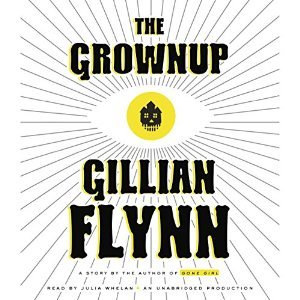 Only a master like Gillian Flynn can creep you in an hour. This short audiobook reminds me of Scary Stories to Tell in the Dark but for adults.The characters are creepy and unreliable–true to Flynn’s style. Once you’ve heard the last word, you’ll wonder who was telling the truth and who wasn’t.

What audiobooks are you listening to right now?

This post is sponsored by Audible. Sign up for your free 30-day trial and download your first book for free. Why not give Emma Thompson a whirl in Turn of the Screw?

This is a sponsored conversation written by me on behalf of Audible. The opinions and text are all mine.